Book Tour: To Heal a Heart by Jana Richards

Two souls in pain, two hearts in need of rescue. Garrett Saunders’ world changed two years ago on a road in Afghanistan. Back home, he feels like a stranger. As he struggles to find his place in the world, he meets a horse destined for the slaughterhouse and a woman bent on rescuing the strays of the world, including him. Blair Greyson moves to Masonville to look after her ailing grandfather and give her rescue horses a home. Right away she butts heads with a surly former Marine. Despite a rocky start, they come to an agreement: Blair will board Garrett’s rescue horse and he’ll help with repairs around her farm. Garrett finds purpose working with Blair—and falls in love with her. But she’s hiding a secret. Can she forgive herself and accept Garrett’s love, or will she let guilt and regret continue to rule her life? Add to GoodreadsAmazon * Apple * B&N

Child of Mine The Masonville Series Book 1 by Jana Richards Genre: Contemporary Romance

Is Lauren’s love for Cole stronger than her fear of scandal in her hometown? Lauren didn’t intend to sleep with her brother-in-law Cole on the day of her husband’s funeral. But now that she is pregnant, she’s not sorry. Cole’s given her a baby, a long-wished-for miracle. He’s been her friend forever, though she never told him or anyone else how unhappy her marriage to his cheating brother was. And she’s afraid to tell the small town that considered her husband a hero that the baby isn’t his. Cole’s been in love with Lauren since he was sixteen. It kills him that everyone believes the baby is his dead brother’s. All he wants is to claim the baby, and Lauren, as his own. Though she marries him, will Lauren’s heart ever be his? Lauren must tell the truth or risk losing Cole. Is her newly-discovered love for him greater than her fear of scandal in her hometown? Add to GoodreadsAmazon * Apple * B&N * Google * Kobo * TheWildRosePress

When Jana Richards read her first romance novel, she immediately knew two things: she had to commit the stories running through her head to paper, and they had to end with a happily ever after. She also knew she’d found what she was meant to do. Since then she’s never met a romance genre she didn’t like. She writes contemporary romance, romantic suspense, and historical romance set in World War Two, in lengths ranging from short story to full length novel. Just for fun, she throws in generous helpings of humor, and the occasional dash of the paranormal. Her paranormal romantic suspense “Seeing Things” was a 2008 EPPIE finalist. In her life away from writing, Jana is an accountant/admin assistant, a mother to two grown daughters, and a wife to her husband Warren. She enjoys golf, yoga, movies, concerts, travel and reading, not necessarily in that order. She and her husband live in Winnipeg, Canada. She loves to hear from readers and can be reached through her website at www.janarichards.comWebsite * Blog * Facebook * Twitter * Bookbub * Amazon * Goodreads * Newsletter

$25 Amazon gift card, and copies of some of my self-published books. Follow the tour HERE for special content and a giveaway! a Rafflecopter giveaway

Tour Stop: What Frees the Heart by Karen A. Wyle 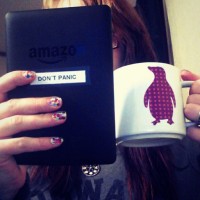 Behind The Sentence
Be Innovative

How to be successfull and always with fresh ideas

open your mind to a growth mindset and new perspectives

The Art Or Endeavour Of Being Lucid In A World We Live In... Secrets Of The Psychics... Energy, Universe, Futurism, Film, Empowerment...Digital Abstract Art Rendering...

the blog of a bookish, nut-allergic girl

YA Book Enthusiast from the UK

Inspired by Books, Fueled by Coffee

Life With All The Books