Jacqui Corleone is a fashion designer, a yoga-instructor and a concerned citizen who selflessly helps the police solve crimes. Oh, and he occasionally turns into a small wild cat. Probably due to a wizard’s curse or an evil government plot to create super warriors.
Or, he’s a cat cursed to turn into a human and only the bite of a sexy alpha lion will allow him to remain in his superior form of Cat.
Jacqui does not have a split personality, but sometimes his cat personality can get rather loud.
Jacqui Corleone is a cat shifter who doesn’t know why or how he turns into a cat. He lives a solitary life in Friday Harbor on San Juan Island. He’s not afraid of intimacy (yes, he is) but sensibly refrains from potentially awkward entanglements. Unfortunately, the sexy new deputy sheriff just moved in across the street and Jacqui’s vow not to get mixed up with island dudes is sorely challenged.
When the mysterious disappearance of three blue pots draws Jacqui to investigate, he prowls ever deeper into danger–and into the arms of Deputy Wyatt West (he wishes).

Oh my serious stylish hat. I looved it. Short, sweet, and adorably endearing.

Jacqui is an incredibly adorable character. Very flawed and very full of himself – but so self aware and closed up tight. I loved his relationship with his alter Cat. They are such different character’s yet still the same person.

Wyatt is a very interesting character – in our first book we haven’t really gotten to know him that well – other than learning he really hates Cat’s guts.

I fast paced, short mystery that doesn’t have all that much to it but just enough to keep me glued to the pages. Throw in some dismembered fingers, under water wrestling and last minute rescues and you have the makings of a really good story.

I devoured Prowl in one sitting and can easily see myself doing the same thing with the rest of the books in this series.

Half-cat, half-human, all-awesome, Jacqui has spent his life avoiding getting too close to anyone. But despite his best intentions, he just can’t stay away from the sexy deputy sheriff, Wyatt West, especially after Jacqui is the victim of a local band of thieves and turns to the police for help. When the call of curiosity grows too insistent, Jacqui does a little prying around on his own, an activity that quickly leads him into danger. Is this the end for our Furry Fashionista, or will the heroic and altogether too handsome Wyatt save the day? And more importantly, will they finally have sex?? Read Pounce, Book 2 in the Jacqui the Mysteries, to find out.

In our second instalment of our Jacqui the Cat Mysteries we are introduced to another *dare I say it* silly mystery. Our poor resident shifter finds himself the victim of identity theft. Who better to help him than Deputy West, his super sexy neighbour. And the fact that he really enjoys flirting with Wyatt really doesn’t have anything to do with it.

Once again Jacqui takes it upon himself to help our lovely sheriff’s department out – because they really seem to be falling down on the job. Midnight prowls, early morning jogs and late night jaunts lead us on an interesting tale.

Things between Wyatt and Jacqui are really starting to heat up. Especially after Jacqui gets caught in the middle of a fire.

A really funny, cute read. Once again – impossible to put down.

Being half-cat isn’t easy in a human world, and Jacqui’s life has just gotten a lot more complicated now that he’s dating the hot deputy sheriff who lives across the street. Wyatt’s brain might explode if he finds out his lover turns into a cat sometimes. And even more unthinkable, Wyatt might REJECT Jacqui if he discovers that his boyfriend and Satan the feral wild cat are one and the same! As if Jacqui doesn’t have enough to worry about, he becomes the unwilling foster parent of a drooling dog, and soon discovers a nefarious plot involving marauding Rottweilers with a taste for Cat. Follow Jacqui into trouble in his most exciting misadventure yet!

So glad I have the next book ready and roaring to go.

Anyway lets get to the review.

Things on this lovely little island are really starting to get really interesting. This 3rd book has things between Jacqui and Wyatt getting a little more serious than Jacqui is familiar or comfortable with. Him and Cat are really worried about what Wyatt would do if he were to figure out that Jacqui really is the super demonic hell cat that tried to claw off his shoulder.

Add in the extra stress of finding out that maybe he isn’t the only one out there, ex lawyer douche face boyfriends that might try to steal his boyfriend and you have the makings of a cozy mystery like no other.

Hot on the trail of the latest villian, can Jacqui manage to keep his hands on his super hunky deputy sheriff or will his crazy start showing?

Cat Shifter Jacqui Corleone has finally met his fated mate, but unlike in a romance novel, reality has other plans. For one thing, Wyatt doesn’t know Jacqui is a shifter. For another thing, the dog men are back, and along with their slobber and their bad breath they bring a new level of danger to Jacqui’s life, and to Wyatt’s. When Jacqui meets other cat shifters for the first time, he’s tantalized by a glimpse into their strange new world, but cats aren’t much nicer than dogs, and soon Jacqui must choose if he’s going to run again, or stand and fight against an enemy more powerful than he ever imagined.

What better way to end this amazingly fun, sexy and fluffy series than by giving us some more lovely shifters.

Not only are we faced with the return of the ugly dog men but now Jacqui finally meets some people / cats that are more like him.

Everything doesn’t always go as you imagined it. Things are really touch and go for a while but I really could not have asked for a greater end to the series.

I have loved watching our two men grow and become really juicy characters. I have thoroughly enjoyed watching Jacqui and Wyatt fall in love against a heck of a lot of odds that were stacked against them. A really fun read. That literary kept me up until the wee morning hours.

Crave by A. Briar

Review: Averie and the Grizzly Skulls by Sullyn Shaw 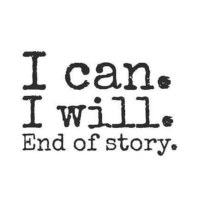 Your Key to a World of Travel
S. W. Raine